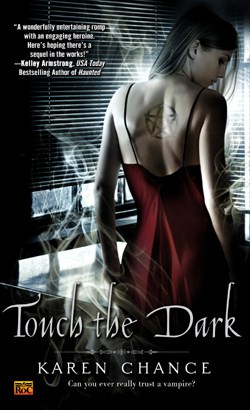 Our newest TravelNurse team member, Debra, who works diligently in our Human Resources department has contributed a book for the month of October.

We think having a book about vampires for the month of “spookiness” is a great idea!

Grab your pumpkin spice latte, cozy blanket, and curl up to immerse yourself in a brand new series!

Cassandra Palmer can see the future and communicate with spirits-talents that make her attractive to the dead and the undead. The ghosts of the dead aren’t usually dangerous; they just like to talk…a lot.

The undead are another matter.

Like any sensible girl, Cassie tries to avoid vampires. But when the bloodsucking Mafioso she escaped three years ago finds Cassie again with vengeance on his mind, she’s forced to turn to the vampire Senate for protection.

The undead senators won’t help her for nothing, and Cassie finds herself working with one of their most powerful members, a dangerously seductive master vampire-and the price he demands may be more than Cassie is willing to pay…

Karen Chance has become one of my fave authors as I really enjoy her Cassie Palmer series. “Touch the Dark” is book 1 in this so far 11 book series.

This one is about Cassie Palmer, she’s a clairvoyant with the ability to talk to ghosts living in a vampires world. The book does touch on many facets of the magical world and creatures but I still really enjoyed it. She grew up being taken care of by “bad” vampires, manages to leave them, create a “normal” life for herself only to be found at her night club job. The “good” vampire senate steps in to lend her a hand as they realize as a clairvoyant her power is growing. They want to make her loyal to them, rather than other groups of people in the book such as the mages. Of course the male vampire leads are made out to be very attractive and there is a couple steamy scenes. Cassie’s powers start to gain momentum throughout the book and you just have to keep reading to see how things go! Her life is not an easy one and she is not very good at her new job so to speak, which I suppose makes her seem more real than fictional.

A few people have said there is a lot going on in the book, and I agree but I don’t think that made the book bad for me, I like to be entertained and if I like a character, I’d like to keep reading about their story rather than flip back and forth between another character that I may not like as much.