Welcome to Saskatchewan, the Land of Living Skies! This landlocked province is known for it’s stunning sunsets that are bound to leave you speechless during your visit. 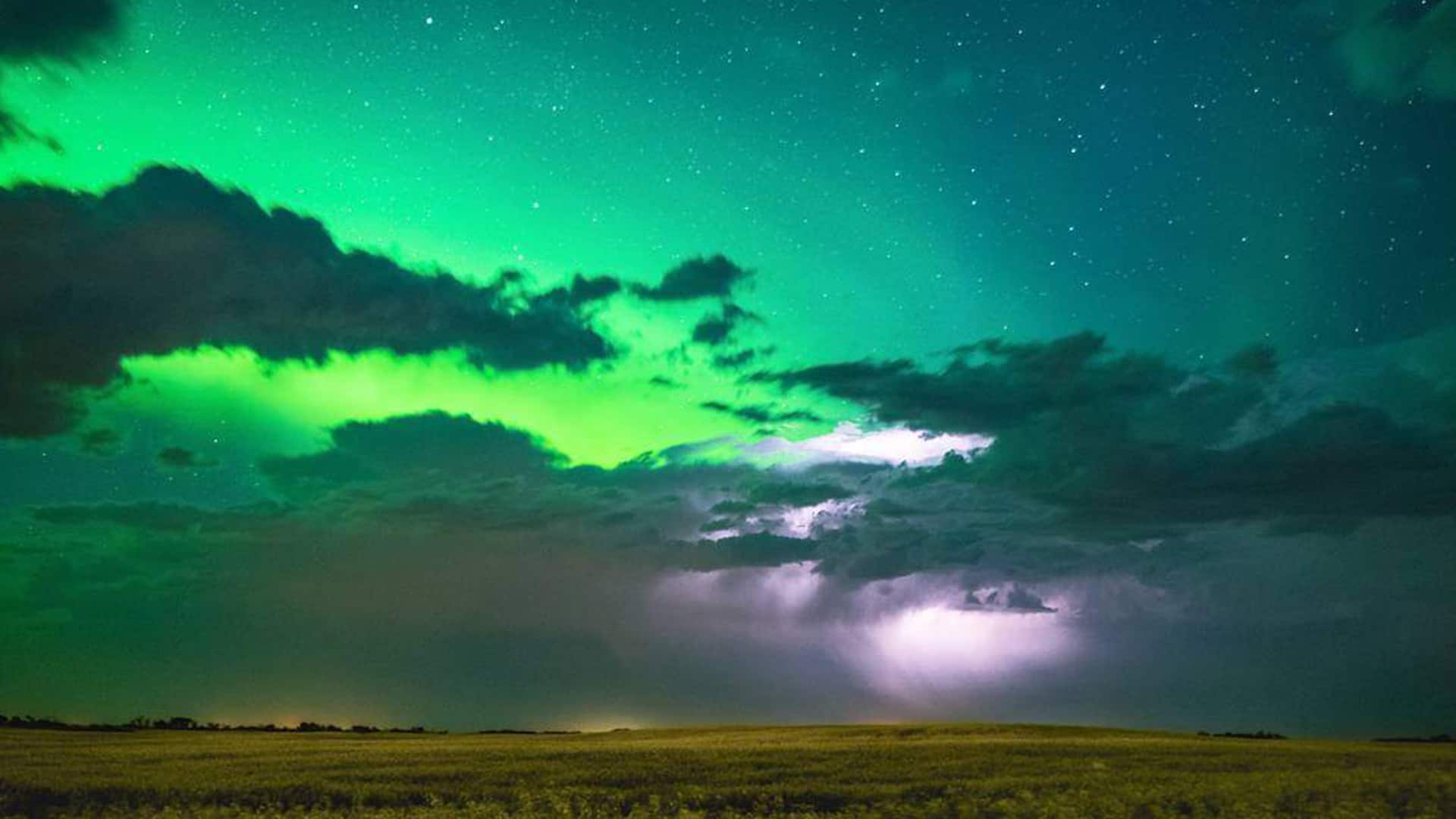 Saskatchewan is home to multiple purple sand beaches, including Hunter Bay, Candle Lake, and Prince Albert National Park. Purple Sand beaches are fairly uncommon worldwide, so it’s saying something that Saskatchewan has more than one of them!

Although Northern Saskatchewan is mostly covered by Boreal Forest there is the Lake Athabasca Sand Dunes which are the largest active northerly sand dunes in the world, located alongside the southern shore of Lake Athabasca. Athabasca Sand Dunes Stretch approximately 100 kms along the south shore of Lake Athabasca. It is the largest active sand surface in Canada. Scientists consider the dunes an evolutionary puzzle. With outstanding scenery, dunes as high as 30 meters and a unique ecosystem that’s rich in rare and endemic plants it is a sight worth seeing. 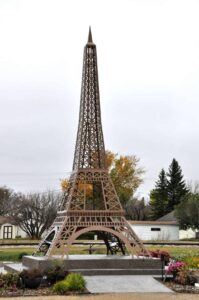 Massold Clay Canyons – The Massold Clay Canyons are within a 256-acre wildlife area that is perfect for a fun day of exploring. The canyons are located right next to the Clay bank Brick Plant National Historic site which is conveniently one hour southwest of Regina and only forty minutes southeast of Moose Jaw – making it a perfect day trip destination.

Glitchy’s Believe It Or Don’t Oddity Museum – Inspired by museums and whimsical roadside attractions, our goal is to make Saskatoon a weirder and more wonderful place while providing a new experience for the city.

Eiffel Tower of Montmartre – this small tribute to one of Paris’ most popular attractions stands proudly within a small Canadian town. The connection between the Canadian village and the French city has remained strong throughout the years. During the 21st century, town officials decided to take the connection one step further and rebrand Montmartre as the “Paris of the Prairies.”

In the Heart of Good Spirit Country, you can find many lakes and parks, including Good Spirit Lake, Crystal Lake, and Duck Mountain Provincial Park.

The name Canora, is derived from the first two letters of the words “Canadian Northern Railway. area is home to Saskatchewan’s greatest number of golf courses per-capita

Are you the outdoorsy type, with over 144 km of marked and groomed snowmobile trails and more than 10 km of walking, cycling, jogging and cross-country ski trails?

Visit Lesia – This 24-foot-tall statue greets visitors as they enter Canora, a small town in Saskatchewan. Dressed in traditional Ukrainian clothing, the giantess, named Lesia, clutches a slab of wood in her hands topped with bread and salt.

Wilderness, clean air, abundant wildlife, beautiful forests and the ecological richness that is the heritage of those who reside along the Churchill River and all part of the heritage of the residents of Sandy Bay. 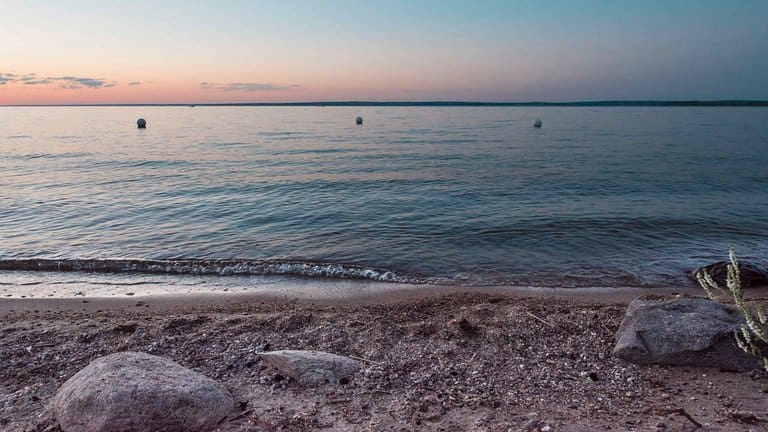 Are you an avid fisherman? Fish for walleye, pike, perch, burbot and whitefish in one of the park’s lakes or creeks. If fishing isn’t your thing enjoy a hike on the boardwalks out to the Minowukaw Sand Dunes. 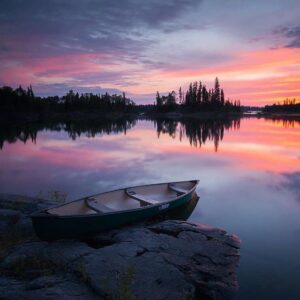 La Ronge is a northern town in the boreal forest of central Saskatchewan, Canada. La Ronge lies on the western shore of Lac La Ronge, is adjacent to Lac La Ronge Provincial Park, and is on the edge of the Canadian Shield.

One of the largest parks in the province, Lac La Ronge Provincial Park is a nature-lover’s dream. Right in the heart of the Churchill River system, this park has close to 100 lakes and more than 30 documented canoe routes, many of which follow old fur trade routes. Visitors go to the park for the amazing fishing opportunities and the beautiful, private campgrounds as well as other amenities including boat launches, hiking and cross-country skiing trails, service centres and the Holy Trinity Anglican Church, the oldest standing building in the province.

Features many parks along the water including one with a disc golf course!

The community of Preeceville is located amongst the headwater of the Assiniboine River. The name Preeceville came from the Preece family, who homesteaded on what is now the town site. For visitors to the community, the wonders of nature can be enjoyed at the many area lakes. Preeceville is home to World Champion Mushers, Raymond and Kevin Cook; and Mushers’ Rendezvous, a world-class six and ten sled dog race event held in February. 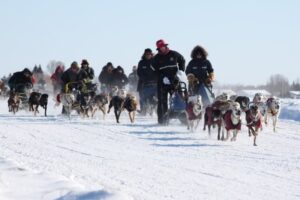 Lions Family Walking Trail – Enjoy an afternoon of bird watching on the Lion’s Family Walking Trail, just north of Annie Laurie Lake. There you will be able to view enjoy an afternoon of birdwatching. Owls, killdeer, and loons are just some of the different kinds of birds you can expect to see along your walk on the trail. There is other wildlife to enjoy as well, such as deer, beavers, coyotes, and much more. While on the trail keep a look out for the beaver lodge. There is a trail that leads up to the lake from there you can view birds on the lake. You will also be able to view many unique plants and butterflies.

The Preeceville and District Heritage Museum – The museum’s 22 theme rooms have artifacts and displays dedicated to the memory of the early pioneers of the area. Some of the rooms included are a hospital room, a Fashions Through the Ages room, an agricultural room and dairy room where there is a life size wooden dairy milking cow!

What was once a small railroad and farming community has flourished into one of Canada’s best-kept secrets. Also known as the “Town with the Swinging Bridge”, it is a small town in Saskatchewan brimming with life and vitality!

The major feature of Wolseley is Fairly Lake, beautiful little body of water made even more noteworthy by its location, right in the middle of town! The lake was created in 1902 when the Canadian Pacific Railway dammed Adair Creek.

Wolseley Swinging Bridge – Wolseley was built around a lake, so a swinging footbridge across the water was needed.

Twilite Drive in Theatre – Family owned and operated for 66 years and is one of the first drive in theatres to have opened in Saskatchewan. 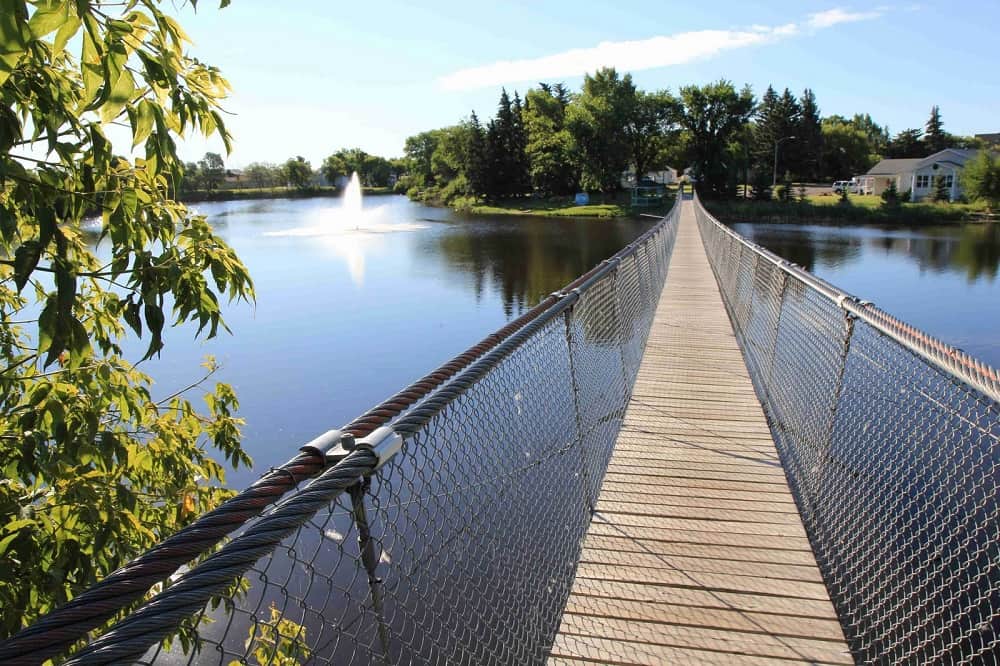