Welcome to “The Wilderness City” also know as Whitehorse! A small city with a big backyard. 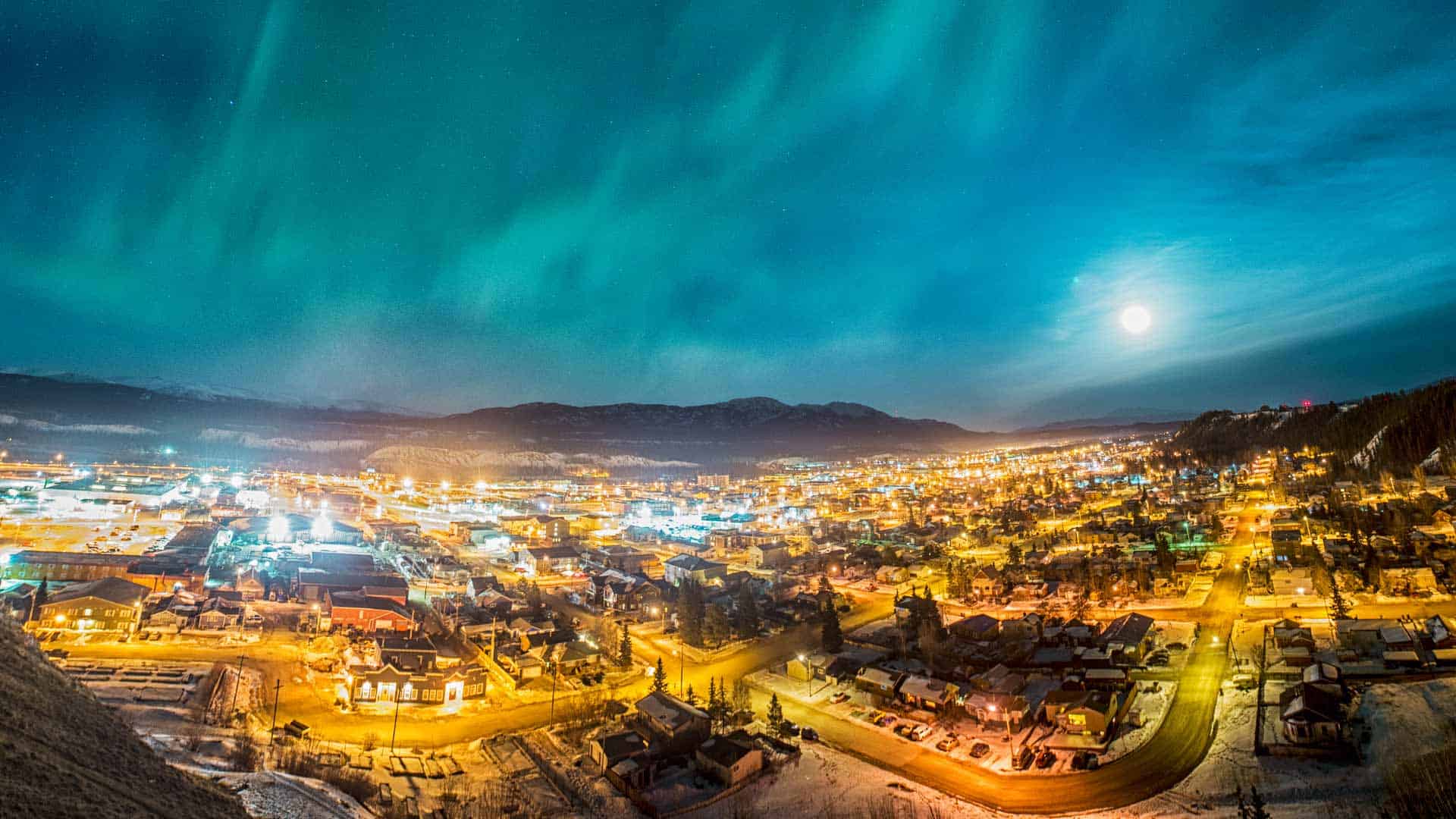 Whitehorse is the territory’s travel hub; a must-stop for those driving the Alaska Highway and the first taste of the Yukon for visitors arriving by air.

Whitehorse has the great outdoors at its doorstep with more than 700 kilometres of marked trails. Whether you’re a hiking, biking, snowshoeing or skiing, you’ll enjoy the trip and find breathtaking mountaintop views and picture-perfect lakes awaiting you.

Once you’ve gotten your fill of nature, discover a downtown that’s loaded with charisma. Whitehorse is a charming blend of coffee shops, museums and quirky heritage buildings, mixed with a capital city going about its business. Creativity runs deep here, enjoy public art, inspired cuisine, live performances and inviting cultural explorations. Small shops offer everything from fine local artwork to fireweed jelly. Locals and visitors hit the larger stores for a variety of outdoor gear and trendy fashions; a line that can blur a bit up there. Energetic and entertaining this little city has all the makings of a big one. With natural beauty and a great personality, it’s easy to fall in love with Whitehorse.

A word of caution when visiting; the colourful mix of locals includes many who were once just visiting and discovered they were home.

Emerald Lake – Notable for its intense green colour, this Yukon gem is situated just a short drive south of Whitehorse on the South Klondike Highway. It remains one of the most photogenic spots in Yukon!

Yukon Wildlife Preserve – Just 25 minutes north of Whitehorse and open year-round. View 11+ species of Yukon wildlife in large natural habitats. You can walk, ski, snowshoe or bike our 5 km viewing loop at your leisure or join them for a bus tour guided by one of their friendly and knowledgeable interpreters. While exploring the Yukon Wildlife Preserve, you may see woodland caribou, Canada lynx, elk, mountain goats, Alaska Yukon moose, mule deer, muskoxen, wood bison, arctic foxes, and two varieties of thinhorn sheep.

Miles Canyon – Almost nine million years ago, a rush of basaltic lava spread over a pre-glacial landscape a few kilometres from what is now downtown Whitehorse. A ribbon of fast-moving turquoise water runs between the cliffs that remain. The canyon is located just minutes from downtown, visitors can get there on foot, or by car. You can hike the extensive trail network year-round on your own (don’t forget bear spray!), or check in with the Yukon Conservation Society, which leads interpretive hikes during the summer months.

Feeling brave? Cross the 85-foot-long Robert Lowe Suspension Bridge that is built across the narrowest and most dramatic part of the canyon. 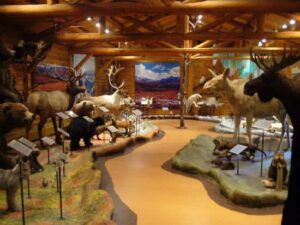 Macbride Museum – Looking for and indoor activity? Visit Yukon’s first and recently expanded museum! It offers an in-depth view of the resilient people and groundbreaking events that have shaped the territory’s history. Home to 40,000 objects, MacBride Museum offers a half city block of indoor and outdoor exhibitions illustrating the Yukon’s modern history. Some of them include the Aurora Hall, First Nations Gallery, the Wild World and the Goldrush. MacBride Museum was named Canada’s #1 most under-rated attraction by MSN Travel Canada.

Yukon Suspension Bridge – Experience the thrill of swaying 65 feet above the raging rapids and feel the exhilaration of the fresh mountain air and vast Canadian wilderness. Here you will breathe the fresh air, hear the rage of the roaring rapids and tick another experience off your bucket list! The center has been designed for adventurers of all types. Young or old, experienced mountaineers or casual hikers, the centre provides a starting point where visitors can learn more about the area. Once you have explored the area there’s nothing like fresh mountain air to work up an appetite, visit the Cliff Side Restaurant for a hearty meal of Free-Range Grass Fed Organic Bison.

S.S Klondike Sternwheeler – The original ship was built in 1929 and that ship sank in 1936. It was then rebuilt and launched as the S.S. Klondike II in spring 1937.The ship was donated to Parks Canada in 1955 and was gradually restored until 1966. When city authorities agreed to move the ship to its present location the task required three bulldozers, eight tons of Palmolive soap, a crew of twelve men, and three weeks to complete. Greased log rollers definitely eased the process! On June 24, 1967, the SS Klondike was designated a National Historic Site of Canada.

Carcross Desert – located an hour from Whitehorse, the 640 acres of sand was formed some eleven thousand plus years ago by receding glaciers and dried up lakes. The result is a peculiar sight, hills of sand in an otherwise frozen landscape. It is considered by many to be the smallest desert in the world because of the unusual amount of precipitation when it is actually sand dunes! From the parking area you are free to explore this surreal landscape at your leisure. We advise you to climb the largest sand dune to the north as it affords spectacular views of Bennett lake and the surrounding mountains! 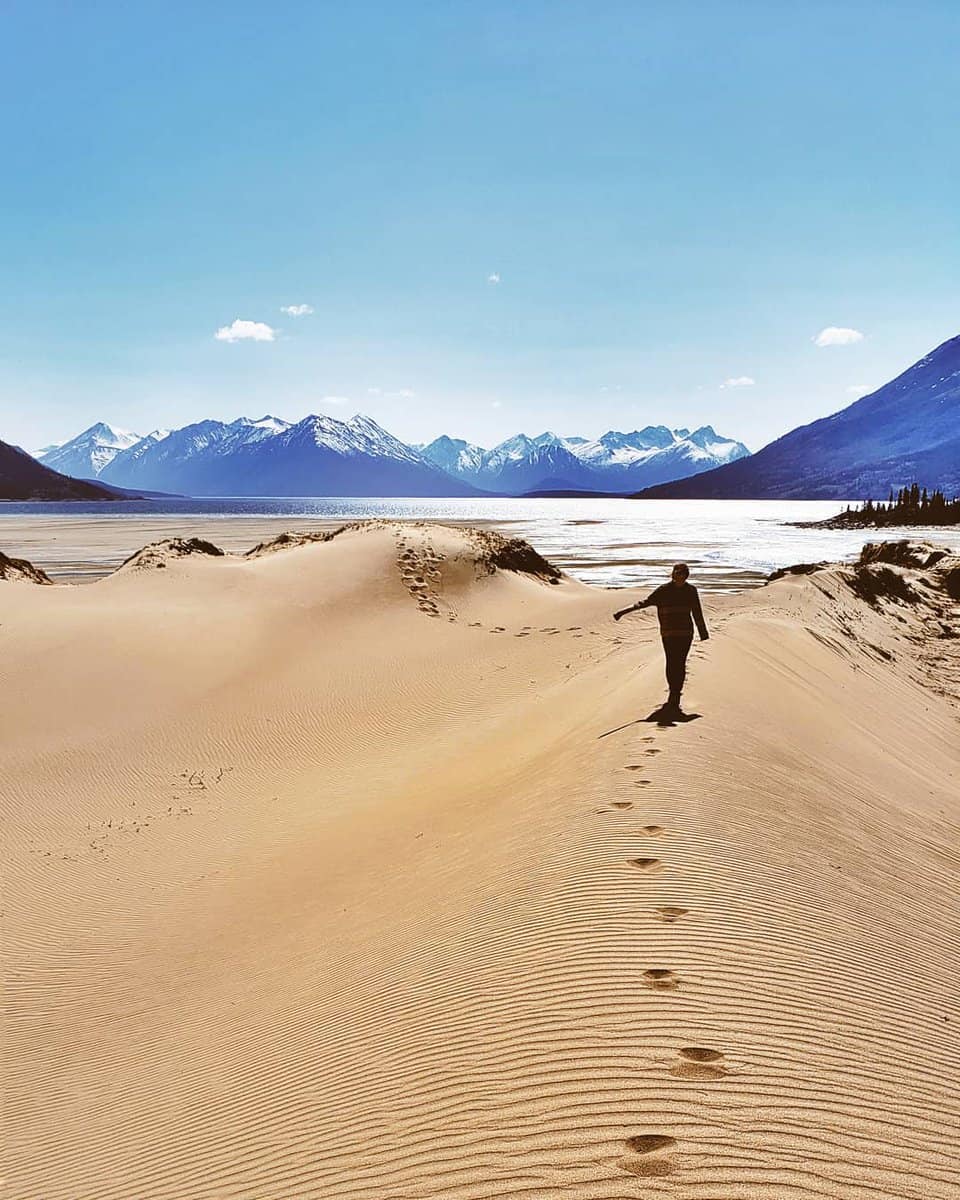 Well Bread Culinary Centre – To get a more hands-on cooking experience, sign up for a class at the Well Bread Culinary Centre. In no time, you’ll learn the ins and outs of cooking local ingredients like a Yukoner, which means you’ll go home with some exceptional kitchen skills. While fridge magnets and keychains are great, an authentic recipe makes for a pretty meaningful souvenir! Whether you’d like to add more green dishes to your repertoire, make authentic sourdough bread, or simply wow your friends with some wine and charcuterie pairings, you’ll leave the centre with a bunch of new kitchen skills.