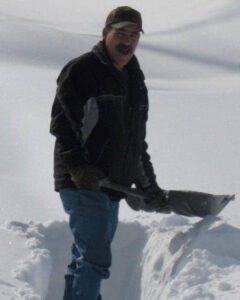 Ever wonder why the staff at Travel Nurse Canada “get” travel nursing so much? Did you know that much of our staff began as Travel Nurses themselves? You are in for a treat! Grab a cup of java and read on to discover what our very own Client Manager, Dodie, has to share with you about her choice to step out of her comfort zone and travel across continents. Get ready to be inspired.

“I starting working with Solutions Staffing in April 2004. Monday to Friday, every weekday of every week commuting to the Headquarters at our Prince George downtown office. I love the challenge and the pace; there is never a dull moment in this line of work! This routine continued until Sept 2011 when my husband Randy and I up and liquidated all our belongings (save a few that ended up in a U-Haul), bound first for Florida and eventually our journey ended on the south coast of Ecuador.

We are blessed and grateful that Jeff and Sandra Shannon are such supportive and progressive employers, who allowed me the opportunity to continue working and also the freedom to follow my dreams. Travel Nurse Canada has always embraced a model of work-life balance that continues to this very day. When we finally told family and friends of our plans, some asked: ‘You’re moving where? Are you both crazy!?’ Well, maybe just a little crazy but…

We made the decision to move south in 2008, without a real destination in mind and without a real plan in place. Since we can never seem to do anything half-a**, by 2010 we announced that we were moving first to Florida and ultimately heading to Ecuador.

Reactions were mixed between ‘Are you crazy’ to ‘That is so awesome’’, and everything in between. Even with all the questions and the ‘what if’ devastation scenarios that were being thrown at us from well-meaning people, we could not have stopped the ball from rolling at that point.  Randy and I had already gone through the best and worst case scenarios, the ‘what ifs’ and the ‘how to’s’, long before we made the announcement and we were secure in our decision.

It is not every day you just up and liquidate every single thing you own and move to another continent, especially one where you don’t speak the language.  We didn’t make the decision flippantly; first I had to convince Randy, then we had to make a plan.  We researched, studied Spanish, and did exploratory visits, and by Sept 2011 we were on our way.

Our daily mantra during that time period was ‘Keep Your Eye on the Prize.’  Life continued to happen while we made our plans and all kinds of reasons would come up to delay the move such as: people getting sick, people having babies, and various other life events that continued to come at us.  Feelings of obligation and responsibility pulled at us; we felt that we could miss out on something special,and the reality is we may have, but ultimately we had to keep moving forward or quite possibly 10 years from now everyone else’s needs would be met but our own.

A quick answer to all the ‘why’s’ could have been that the weather sucks up in Northern ,BC and very few people would argue that point.  But that is not the only reason.  The photo above shows Randy shoveling his way to the shop on March 2, 2011… so maybe it was part of the reason!

As Randy’s 50th birthday approached in May 2010, I went through his midlife crisis for him.  I had a calculator,  compared monthly expenses  to CPP pension income and ‘OMG’, panic set in. It became very clear that we could not maintain our lifestyle while only collecting a government pension with  our current expenses.

The final turning point was one April morning. With snow still piled high in Prince George, I ran out to my vehicle in just my robe and slippers.  I slipped on the ice, both slippers came off my feet and slid under my car.  I found myself sprawled out on the ice, partially naked with my robe bunched up around my head and my leg twisted unnaturally under me.  I was lying between a 3-foot snow bank and my car. I picked myself up carefully, and in freezing bare feet slipped my way back into the house and into bed.  My first reaction was tears, but then I broke out into a fit of hysterical laughter. I knew what I wanted to change, and how I was going to get there.

So what we find ourselves doing now during the month of April, is picking passion fruit from the vine and checking how big the bananas have grown in our little piece of paradise in Ecuador.  Yes, I still report to work every weekday of every week like I have since 2004, but the dress code has changed and the palm trees are what I see out of my office window.

Travel Nursing is a career that allows you to follow your dreams. To step out, take a leap of faith, and finally do wht you’ve always wanted to do. Stop saying “next year”, or “when I get more experience”. There is no time like the presence, and what better way to experience the world around you then to get paid to do it!

Are YOU ready to jump out of your comfort zone and work for Travel Nurse Canada this fall? We’re currently recruiting Travel Nurses, MLT’s, UST’s, and CLXT’s for a variety of exciting placements across Canada! Contact us to learn more.