Situated at the end of the Portland Canal, Stewart, is a unique border town attracting tourists from every corner of the world. Stewart was established in 1905 and named after the Stewart brothers who were early prospectors in the area. If you are looking for a beautiful destination with fishing, wildlife, hiking and breathtaking scenery, Stewart welcomes you! 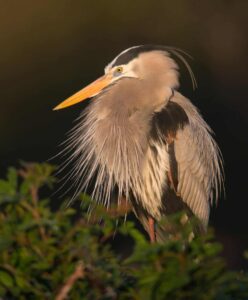 Stewart has a colourful history, shaped by unbelievable tales, semi-nomadic First Nations presence, gold rush booms and busts, forestry development, and northern isolation. Explore this past at Stewart’s Historical Museum, which was formerly a firehall. The museum acquires artifacts, archival records and historical reference material relating to Stewart, Hyder (B.C. and Alaska), and Premier, as well as that of industry in the Stewart area. Get to know the town, and its past, with a self-guided Stewart Heritage Walking Tour where you will visit historic buildings include the Masonic Building, the hotel, and the 1905 home of the town founder.

Stewart sits at the head of Portland Canal, a 114-kilometre-long fiord with a significant history that is also recognized as Canada’s most northerly ice-free port. Though few traces of Aboriginal occupation remain today, Nass River nations once hunted and harvested berries in this area. Captain George Vancouver also surveyed the canal, naming it in August 1793. Today, the precious estuary ecosystem at the head of the canal can be explored via an 805-metre-long raised boardwalk that begins behind the Visitor Centre.

Make sure to make a day trip to the Nass Valley to experience the annual crab and music festival! The festival is two days in length and has featured well known artists such as Trooper, Chilliwack, Prairie Oyster, Doc Walker, Buffy Sainte-Marie, Dr. Hook & the Medicine Show, Jeff Healey, Tom Lavin of the Powder Blues Band, Nazareth, Tom Cochrane, Murray Porter, 54-40, and the Legends of London among other local bands, and tribute bands from across Canada, and the United States. 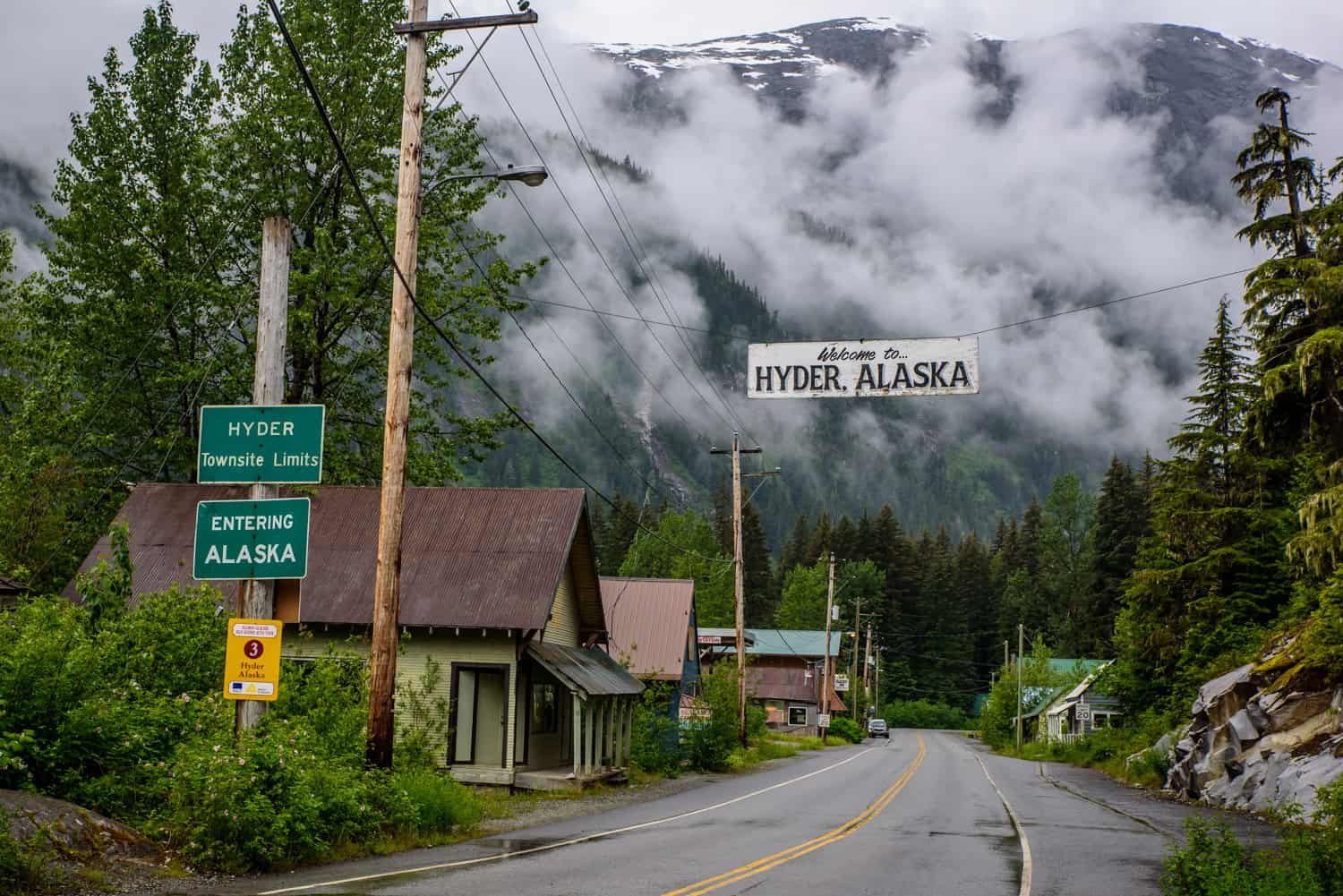 Hyder, Alaska: This community has a Canadian area code, it draws electricity from B.C. but visitors need passports to visit the Alaskan town, population: about 60. The border between British Columbia and Alaska is marked by a stone storehouse built in 1896. Also known as “the Friendliest Ghost Town in Alaska”, perhaps best known for its local drinking tradition, in which visitors down a shot of ‘everclear’ pure grain alcohol to become “Hyderized”. Drop into the Glacier Inn Bar to witness the tradition of papering the walls with real live money. The tradition was started by prospectors who wrote their name on a bill and nailed it to the wall. If they went bust looking for gold, they could always return to the bar for a meal and a drink! 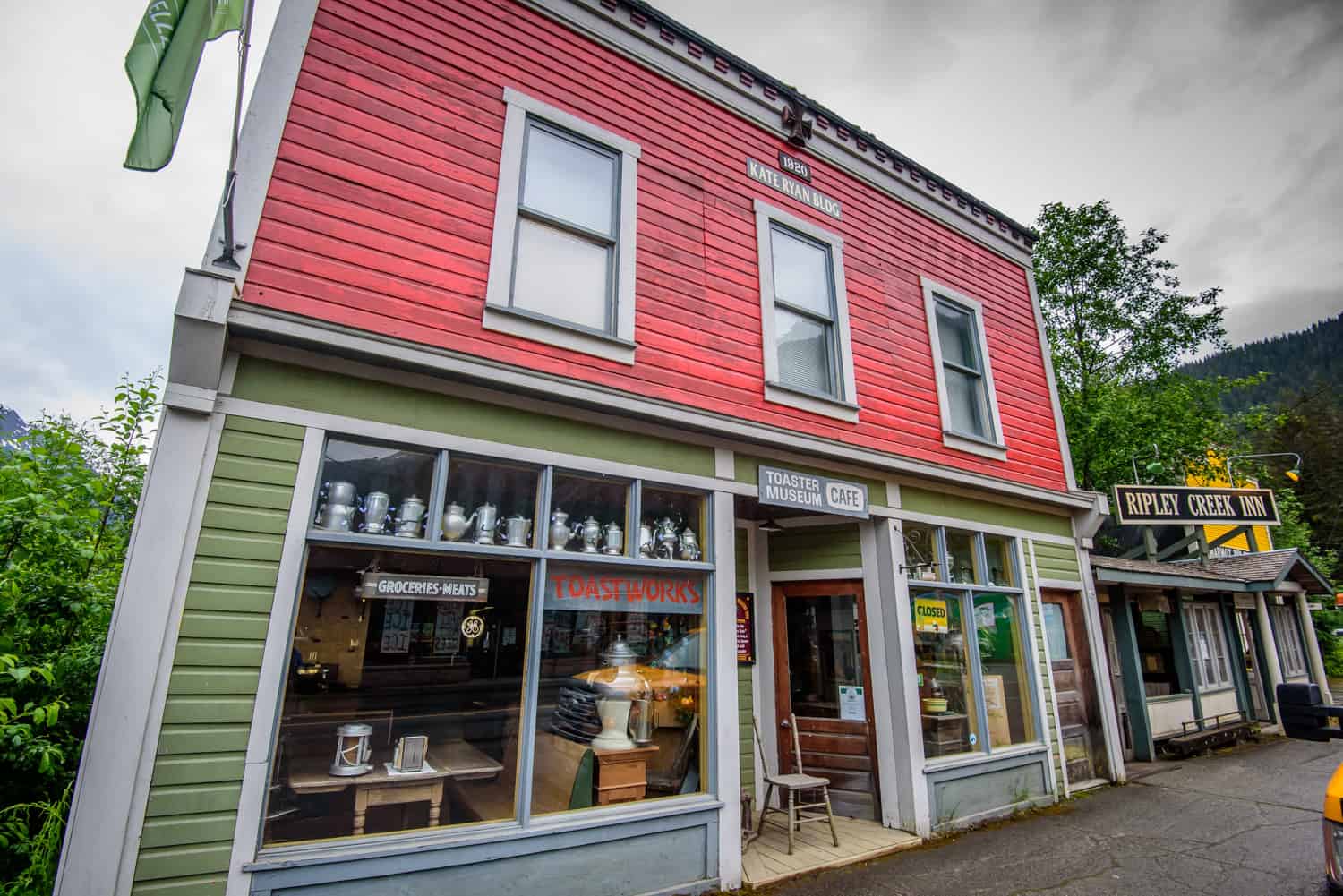 Believe it or not – Stewart has its own Toaster Museum, take a peek at century old toasters and early kitchen conveniences and gadgets!

Hike through history on one of the area’s many trails. A short, easy trail on the Stewart side of the border follows the original rail bed leading out of town, then climbs the historic sluice box to “Barney’s Gulch.” There, the trail splits into two; left takes you another up the gulch to a waterfall; right leads you down to a picnic table and a viewpoint of Stewart and the Portland Canal.

Chill out at a glacier along Highway 37A, the only land route in and out of Stewart, is known as Glacier Highway. Bear River Glacier dominates the landscape, you can pull over directly across the road from the glacier, which glows blue at night, and its terminus, the ice-strewn Strohn Lake. The Salmon Glacier, the fifth largest in Canada, is a remnant of that last great age of glaciers. The self-guided sightseeing tour along Salmon Glacier Road, built to connect Stewart to mining interests, is a must see when visiting the area! Several pullouts offer panoramic photo ops of the icefield en route to the parking lot at the summit.

These days the rugged mountains and vast icefields that surround this isolated border community draw a more eclectic mix of visitors. Prospectors come in search of riches, but so do photographers, glaciologists, wildlife and nature buffs, and outdoor enthusiasts. With many activities to choose from in both Summer and Winter there will never be a dull moment for you in Stewart! 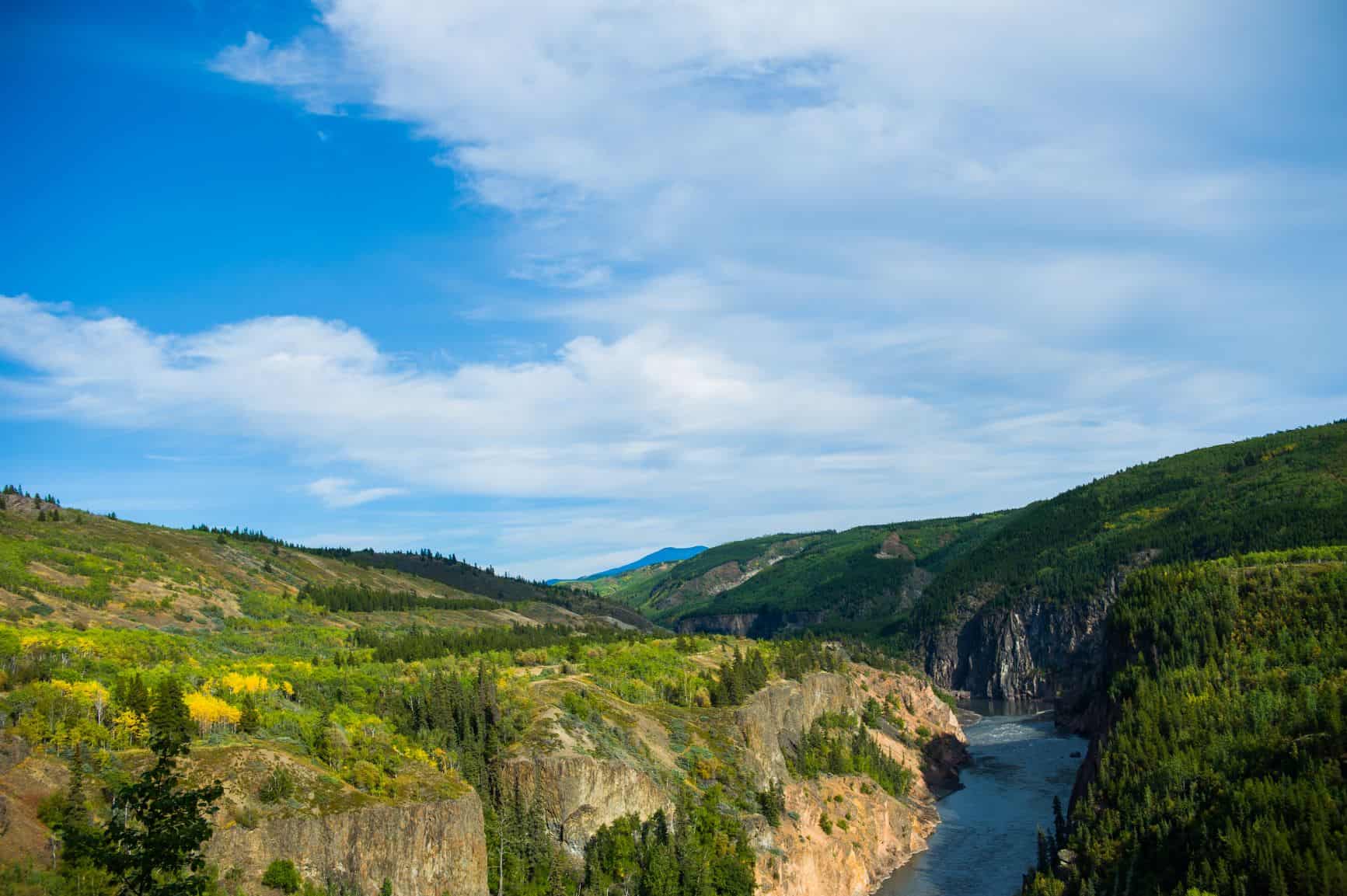 Stikine River Provincial Park: This park protects a geological feature unparalleled in Canada, eighty kilometres of steep-walled canyon, composed of sedimentary and volcanic rock, has been carved through eons of river erosion. The 217,000-hectare Stikine River Provincial Park is home to hundreds of animal species including moose, grizzly and black bears, wolves, beavers, hoary marmots, and a variety of birds. At last count, the Grand Canyon of the Stikine was home to more than 360 mountain goats that use the sheer canyon walls as effective protection from all-natural predators. Canoeing and kayaking are permitted on the upper Stikine River but don’t even think about canoeing or kayaking the Stikine River into the Grand Canyon, a 100-m stretch of impassable waters that charge through canyons 300 metres deep. It has only been tamed once. 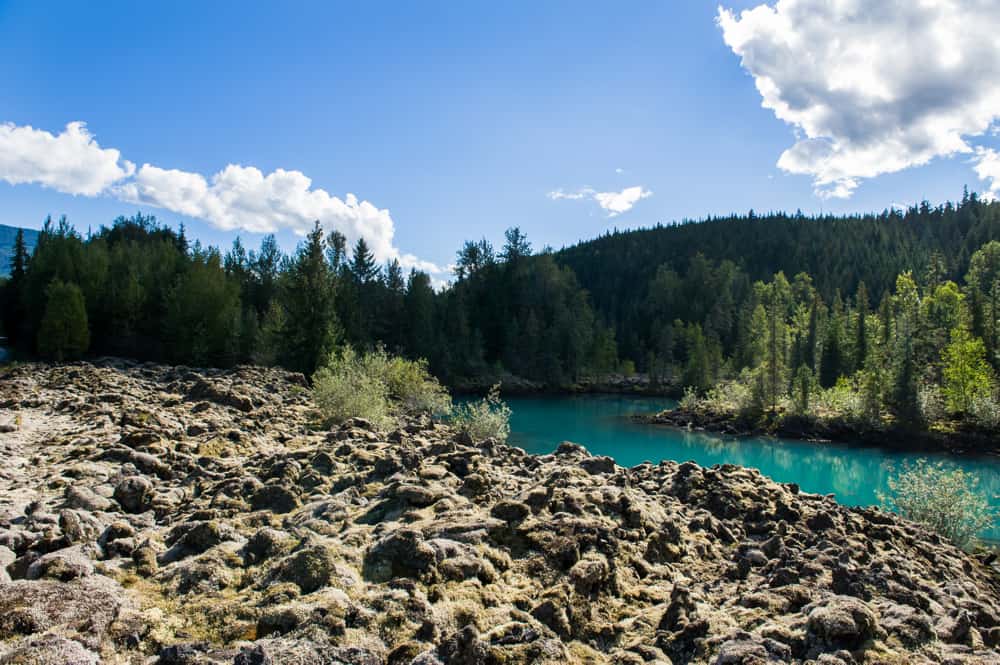 Nisga’a Memorial Lava Bed Provincial Park: Anhluut’ukwsim Laxmihl Angwinga’asanskwhl Nisga’a (Nisga’a Memorial Lava Bed Provincial Park) is the first provincial park within the Province of British Columbia established to combine interpretation of natural features and native culture. It is also the first provincial park to be jointly managed by a First Nation and BC Parks. Two centuries ago the volcano erupted creating the pocked lava plain, an eerily moonlike landscape 10km long and 3km wide. This region contains lava phenomenon’s such as cinder cones, tree moulds, lava tubes and caves, spatter cones, and Lava Lake. Some lava flow features are very delicate and need protection. The dramatic landscape blended with the rich native culture makes this park a special experience. The park offers visitors a chance to explore many unique and interesting features of a volcanic landscape and to learn about the culture and legends of the Nisga’a people. 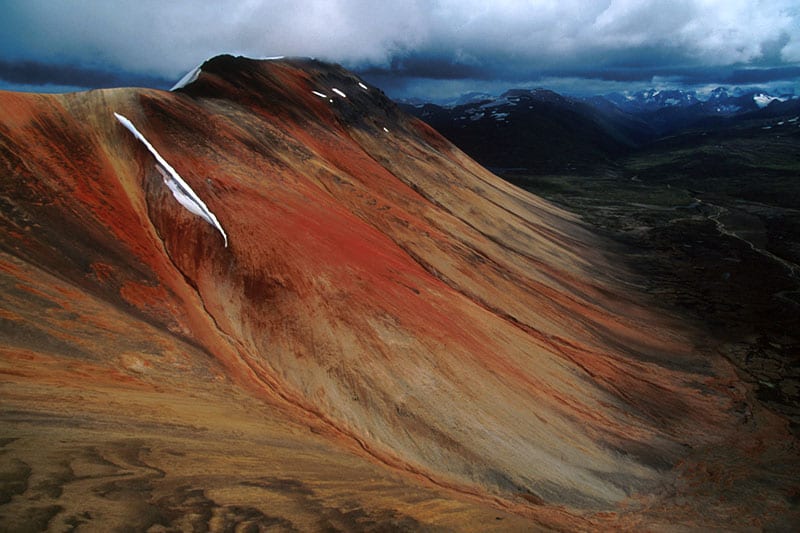 Mount Edziza Provincial Park is one of the province’s most inaccessible parks, but it’s also one of the most magnificent and intriguing. This remote park showcases a spectacular volcanic landscape that includes lava flows, basalt plateaus, cinder fields and cinder cones. There are five significant lakes within the park. Mowdade, Mowchilla, Kakiddi and Nuttlude form a chain along the eastern boundary, while Buckley Lake is on the northern border. To the south, Raspberry Pass separates the Edziza area from the Spectrum Range, formed from lava flows, these mountains are named for their brilliant red, yellow, white and purple rock. Subsequent erosion has resulted in the combination of many hues, giving the landscape the appearance of a vast water colour.